2019 was an unusually strong year for returns with risk assets such as shares and defensive assets such as government bonds both delivering returns well above their long-run averages. Most growth assets were generally priced above their fair value so we ended the year cautious about a possible correction ahead. 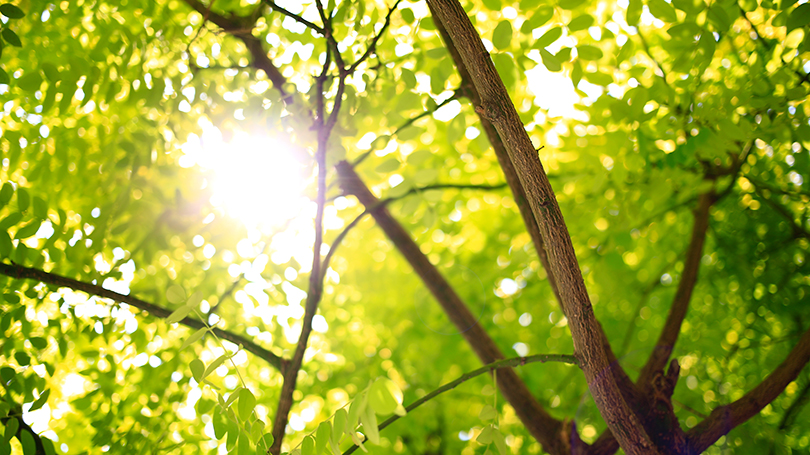 Then, on 31 December 2019, China began reporting cases of a new virus, COVID-19 (Coronavirus) that began in Wuhan, Hubei Province. The developed share markets initially shrugged off these early reports and continued to rally during January 2020 and into the first three weeks of February. This rally reflected the fact that central banks had continued to lower interest rates during 2019 to keep investment and growth high and avoid a sharp slowing in activity. As a result the markets believed the risk of a recession was steadily falling.

Why did the markets fall so dramatically?

While the COVID-19 pandemic began as a global health crisis, the lockdown and isolation measures designed to control the spread have impacted a wide range of industries across the globe.

As such a large and wide variety of goods are “Made in China”, city and factory closures in China have hit global supply chains hard, restricting business activity across many sectors.

Travel and tourism industries have also been badly damaged, with airlines grounding flights and people required to cancel business trips and holidays. The reduction in the demand for travel and the lack of factory activity has also impacted demand for oil, causing its price to fall. The oil price had already been affected by a dispute between OPEC, the group of oil producers, and Russia. COVID-19 has driven the price down even further.

Other sectors impacted by isolation and lockdown measures include sport and hospitality, cafes and restaurants, gyms, hotels, cinemas, transportation, entertainment and the arts, retail and construction. All up the economy has been put into somewhat of a ‘deep freeze’ and this has led to rising unemployment. In the United States (US), the number of people filing for unemployment hit a record high with 6.6 million people filing jobless claims in the week ending 28 March. This signalled an end to a decade of expansion for one of the world’s largest economies.

Australia’s Prime Minister Scott Morrison announced several stimulus packages in March. These included $17.6bn for welfare and wage subsidies, a $66bn plan with a $550 coronavirus supplement to JobSeeker Payments and payments to welfare recipients. A third $130bn jobseeker support package included $1,500 for employers to pass along to employees to keep them in work.

In the US, the Federal Reserve cut their main interest rate to near zero and began buying government bonds to add money directly into the economy in a dramatic shift in policy settings. President Donald Trump also deployed a huge USD$2.2 trillion COVID-19 stimulus package which includes an emergency universal income payment of USD$1,200 for every adult who makes under USD$75,000 a year. Several European countries and the United Kingdom have also implemented stimulus packages.

These enormous fiscal and monetary responses and some considerable success in flattening infection curves have resulted in share markets in most major countries clawing back some of the March losses in April.

Where to from here?

At the time of writing (late April 2020), many countries are just starting to shift from the lockdown and isolation measures that have flattened infection curves to managing the first steps to re-opening economies. The degree of re-opening varies greatly depending on the level of success achieved in maintaining flat infection curves. Markets will be watching closely to determine which countries are better able to manage this next phase.

A long-term focus is critical during times of market turbulence and history has shown, time and again, that markets have the ability to recover from significant market downturns.

Important information: This document is issued by IOOF Investment Services Ltd (IISL) ABN 80 007 350 405, AFSL 230703. IISL is a company within the IOOF group which consists of IOOF Holdings Ltd ABN 49 100 103 722 and its related bodies corporate. This document contains general advice only and does not take into account your taxation and financial circumstances, needs and objectives. Before making any investment decisions, you should assess your own circumstances or seek advice from a financial adviser. Before you acquire a financial product, you should obtain and consider the Product Disclosure Statement available from us at www.ioof.com.au, by calling 1800 002 217 or from your financial adviser. The information in this document is current as at 4 May 2020. While this information is believed to be accurate and reliable at the time of publication, to the extent permitted by law, no liability is accepted for any loss or damage as a result of reliance upon it. Neither IISL nor any company in the IOOF group guarantees the performance of any fund or the return of an investor’s capital. Examples are for illustrative purposes only and are subject to the assumptions and qualifications disclosed. Past performance is not a reliable indicator of future performance.